The ACHAFR Europe Tour is the tour in which, every year , Rotarians from all Europe meet each other with their Classic Cars, enjoy friendship and promote fellowship and services.

Aim of the “Rotary Coast-to-Coast” has always been to give a chance to Rotarians to meet each other while visiting that fantastic mix of art, culture, environment and traditions which are the central regions of Italy (Tuscany, Marche, Umbria, Abruzzo and Lazio)

Ascoli Piceno in Marche and Orbetello in Tuscany are every year the starting point and the end of the tour but every year the itinerary changes. Doing so we visit different cities and interesting sites every year. Every year we visit different Rotary Clubs of the towns or cities were the tour makes a stop. The event is basically touristic but we have among the way also 3 small rounds of a regularity challenge cup and the “Amato Olivieri Trophy” dedicated to one of our best friends that was with us in all the past editions until 2019 . This year the Rotary Clubs of Norcia, Spoleto, Assisi e Chianciano-Chiusi-Montepulciano and also the District Delegations 2071 and 2090 of ARACI will help to make the event as interesting and appealing as possible..

Being the "Rotary Coast-to-Coast" a Rotary event its obvious that it’s devoted to an important service.

The Rotarians that participate to the RCTC will also support with a small part of their registration fees the service which the Organizing Committee of the RCTC has chosen.

In 2012 we organized a lottery (1st prize a vintage VW beetle) whose tickets were sold along the way and by the Rotary clubs where we stopped. We thus collected about 25,000 euros that were divided between two services (support for the Rotary District 2090 project for the reconstruction of the Engineering Faculty of the University of L'Aquila and a contribution to the Bimbingamba project of the non-profit organization Niccolò Campo di Grosseto (www. bimbingamba.it). The funds raised in 2013 went to a two-year support service for the Herat Children's Hospital in Afghanistan, which the Rotary Club of Ascoli Piceno organized with several other RCs from the 2090 district which was a great success. In 2014 and 2015 the funds raised were allocated to the international End Polio service. In 2016, 2017, 2018 and 2019 the funds raised were allocated to District 2090 services for the people of Central Italy affected by the earthquakes of 2016 and 2017.

We will start with a Pre-tour that will give you the chance to discover the Piceno (the southern part of the region Marche) which is one of those hidden, not well known and secondary tourist sites which are not “secondary” for beauty and appeal. They are just not well known and we love to reveal them to other Rotarians ! Afterwards we will start our trip from the Coast of the Adriatic sea to the Coast of the Tyrrenian sea. We will have to cross the mountains immediately on a pass which is 1570 mt above the sea . On the way up we will stop at the Rotary Point in Arquata which was built also with our donations. We will enjoy beautiful sceneries and, hopefully, the blooming of the lentils in Castelluccio. Afterwards we will start going g downhill in a narrow valley were at the end of it is the truffles manufacturing of Mr Urbani. Spoleto is not far and we will have time to visit it. The day after we will reach Assisi through an unusual road and we will visit the world-wide famous Basilica. From there we will cross the outstanding countryside of Umbria going west towards Tuscany.. Once in Tuscany we will visit Pienza, Montalcino and the Abbey of Saint Antimo before reaching the sea in Talamone. The following day is dedicated to a cruise to the Isola del Giglio and Isola di Giannutri . For those who will leave on Saturday morning there will be the chance to visit “Il Giardino dei Tarocchi" in a special post-tour

The RC of Ascoli Piceno and Orbetello Costa d’Argento and above all those who have lived the past editions of the "Rotary Coast-to-Coast", we are all excited about this initiative and we would be delighted to collect your participation... 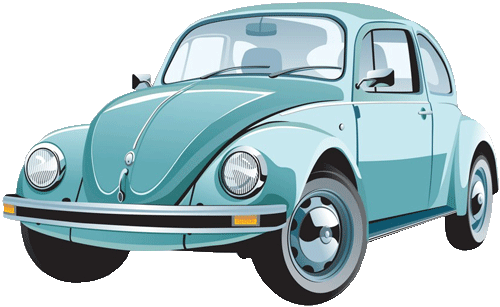